Close
The basic idea here is to combine two major elements of the Native American tribes – the Wigwam tent and the Dream Catcher,  to create something interesting that can be used as a sort of a holder.

The design ensures flexibility in using it either ways, that is it can be hung as a holder or placed on a surface as a show piece.

The first thing to do is to create a dream catcher using a circular wire and thread. The dream catcher star has six points that meet the outer frame, which will help place the newspaper rolls. Once the star is made, make sure to have a long thread stick out from the center – as this will be used to hang your holder.

Then, make thin newspaper rolls using a stick. Six rolls are placed at the point where the star meets the wire, to converge at one point in order to make the structure of a Wigwam.

Now use six more newspaper rolls but longer than the previous ones so that they jut out from the circular frame. These rolls will be placed in between the six points, to again meet at the top to consolidate the Wigwam frame.

Wrap around coloured thread of your choice around the extended tips of the newspaper roll.

Take newspaper rolls of half the length of the long ones and insert them between the already stuck rolls in order to reduce the gaps. This is to ensure that nothing falls out once put in but at the same time looks open.

You can now wrap thread of your choice around the tip of the Wigwam formed to add some colour.

Finally make tiny flowers or anything you please, using the threads and place them at random spots to make the holder look pretty! 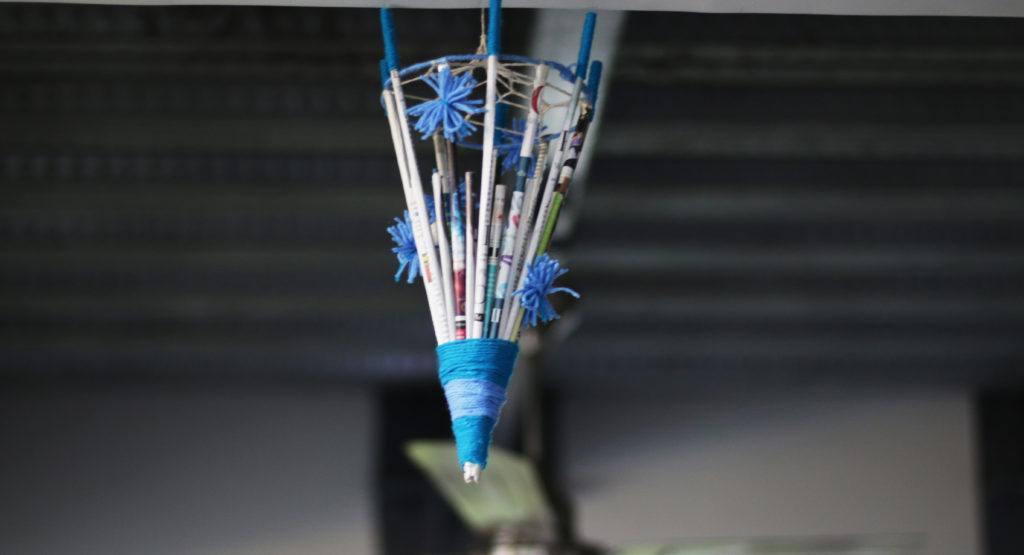 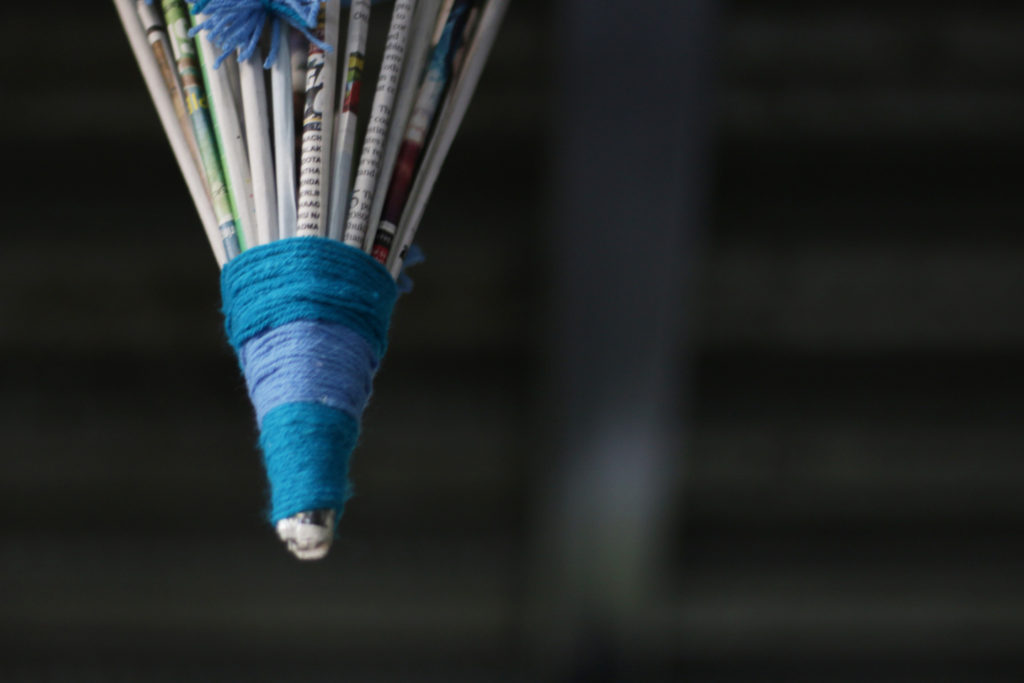