28 Jan 2017, New Indian Express: ECOLOGIC- Pavitra Sriprakash, the Chief Designer and Director of Shilpa Architects writes about the connection between the Paris COP Agreement, Climate Change and effect on the Polar Bear population around the world, which has resulted in a renewed polar bear Recovery Plan.

Let us consider some of the facts in play — Fact 1: Global temperatures have risen in the last 20 years causing Arctic Sea ice to be lowered drastically. Fact 2: In 2008, polar bears became the first animal listed under the Endangered Species Act. Fact 3: The only way to control global temperature rise is to control global greenhouse gas emissions. Fact 4: Polar bears depend on sea ice as a platform from which to hunt seals, rest and breed.

It is clear that the lives of the polar bear are inextricable from the state of the Arctic Sea ice! If the sea ice melts, bears come ashore and rely on their fat stores until the ice refreezes. Only then can they go back to hunt and eat. If the ice does not re-freeze, due to warming temperatures, bears remain malnourished and many females with cubs starve to death.

The number of polar bears in the wild has been fluctuating since the 1960’s. Due to hunting bans they have enjoyed some respite from human threats. A recent estimate of the polar bear population is around 26,000 worldwide. However the fragile future of the Arctic causes WWF to still place this species on the ‘Vulnerable’ list. 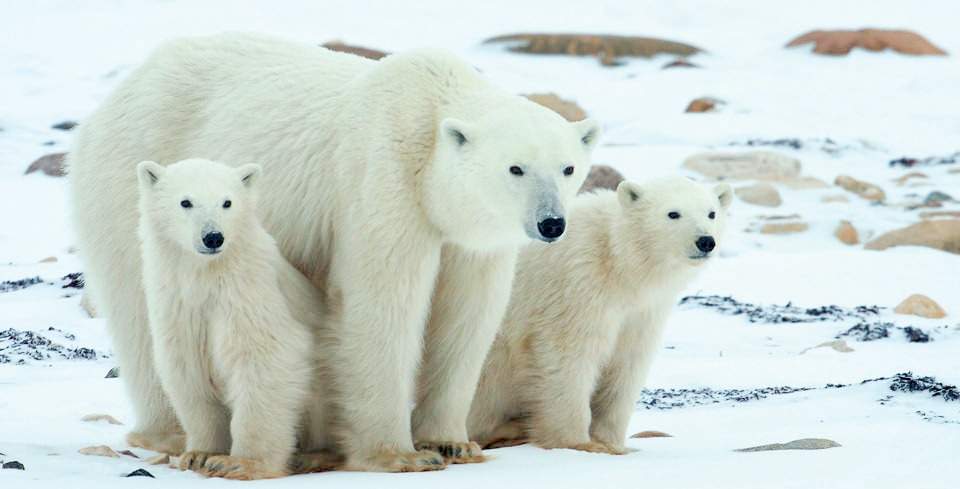