PLACE (Property,Lands,Access,Connections and Empowerment) is a platform produced by Thomson Reuters Foundation which covers issues and opinions related to  complex social, economic and political effects of inadequate land rights – from environmental sustainability and food insecurity to the potential for conflict and war. 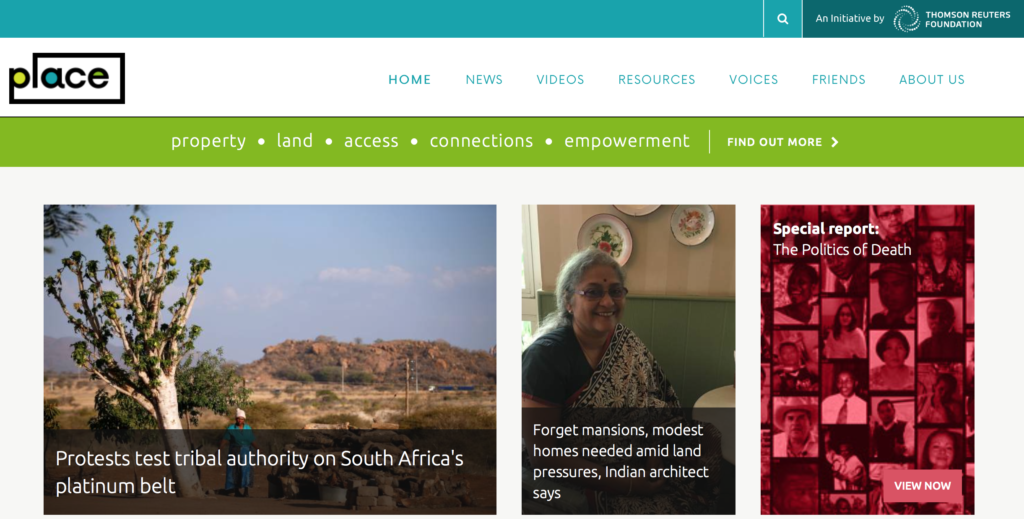 In their recent edition, Ms. Sheila Sriprakash, our Founder and Chief Architect expressed the need for constructing low cost sustainable homes amidst the environment of extensive land pressure.

Below is the article published by Thomson Reuters, written by Ms.Rina Chandran.

CHENNAI, India, Oct 9 (Thomson Reuters Foundation) – Sustainable, low-cost homes must become the default option for builders and buyers amid increasing pressure on land and the environment, according to a leading architect in India, which has among the most densely populated cities on the planet.

While affordable housing is getting an enormous push in India because of a government goal of housing for all by 2022, it is a concept that must be embraced by all builders and aspiring home buyers, said architect Sheila Sriprakash.

“Cost effective homes can be quite easily done, but everyone wants plush looking homes with granite and marble,” she said.

“Low cost does not mean it has to look cheap or that you have to compromise on quality. Nor does affordable housing have to be only vertical towers of 35-40 storeys.”

Sriprakash was among the first women in India to set up her own architecture firm in 1979, and had to fight off the tag of “interior designer” in the early years, as women were not seen as capable of being architects, she said.

But she persisted. She was invited to design a low-cost home for the International Year of Shelter for the Homeless in 1987, and designed what she called an “incremental” home that owners could modify and add to as their needs and means changed.

“They want a flexible space for a home, because what they do in it in the day is different from what they do in the night, and what they will use it for in a few years. So we can’t be rigid in our design,” she told the Thomson Reuters Foundation.

“Similarly with affordable housing: we are moving people who are used to staying on the ground, and working in their homes. Are they really going to be comfortable 30 storeys in the air? How will they work, how will they interact with the community?”

In the world’s second most populous country, there is an estimated shortage of about 20 million homes in urban areas.

Prime Minister Narendra Modi has made affordable housing a priority, with incentives such as subsidised loans.

At the same time, some of India’s top builders have pledged to make at least a fifth of their new housing developments sustainable by 2022 to help meet climate goals.

Sriprakash, 62, is part of a World Economic Forum council on the environment and developed the Reciprocal Design Index in 2013 to encourage sustainable design for cities that factors in the environment, climate and the community, besides economics.

Those factors don’t feature much in India’s Smart Cities plan to create 100 hi-tech urban hubs that activists say will force tens of thousands of people from their slum homes.

“Our cities are our economic hubs, but they are increasingly hard to live in; sustainability is the only solution,” said Sriprakash.

“We have to be creative about the use of our land and resources – from the best use of natural light and breeze, to respecting the micro climate and rainwater harvesting. Every little bit helps,” she said.