We segregate waste at home, but what happens beyond our door? This is a common question we hear repeatedly as proponents of segregation and waste recycling. While there is no straight answer as of now, we can only continue trying to find the right channels to keep our wastes out of landfills. So what can we do to implement a solid waste management plan for our homes or offices? Many people like the idea of going plastic-free. This is a great way to start as this reduces the amount of waste generated in the first place. Encourage people to bring their own bags and ban disposable plastic in all forms on premises.

The second option is to adopt a segregation and recycling plan which can then be tied to a local recycler. As per green building mandates, it is recommended in offices, that each desk is not given its own waste bin; instead every floor or small group is given a common collection and segregation center for waste. This reduces the chance of wastes being mixed as people are forced to walk to segregated bins and make the decision on what type of waste it is, instead of just rolling it into a ball and tossing it under the table into one universal bin.

Waste can typically be broken down into the four broad categories which are largely recycled in India – Paper/ Cardboard, Plastic, Metal & Glass and finally Organic/Compostable. Apart from this, there are other complex wastes such as plastic fused with a foil lining, thermocole, diapers and sanitary waste etc which are either impossible to segregate or very difficult to store and dispose off.

Additionally, there is e-waste which must be dealt with specially through specialized recyclers or through the store where the items were purchased. In a home, it is easiest to segregate as per the four broad categories as mentioned above. Maintain a set of bins in each floor of the home in a central location and eliminate smaller single bins in bathrooms and kitchens as waste is thrown mixed into these. A central storage area, for paper and other dry waste may also be required as it is not everyday that these will be picked up and they do tend to accumulate for a few weeks.

Once segregated, local recyclers cart away most of this, but some may not pay for the waste. The traditional format of newspaper and beer bottle buy backs, work only for those items along with PET bottles. Other types of plastic will never fetch you money, but the advantage of segregating and disposing is that you are keeping this waste out of the landfills from where they could leach into the ground and cause environmental degradation. Remember- segregating waste keeps the materials on the recycling track instead of the dumping track! 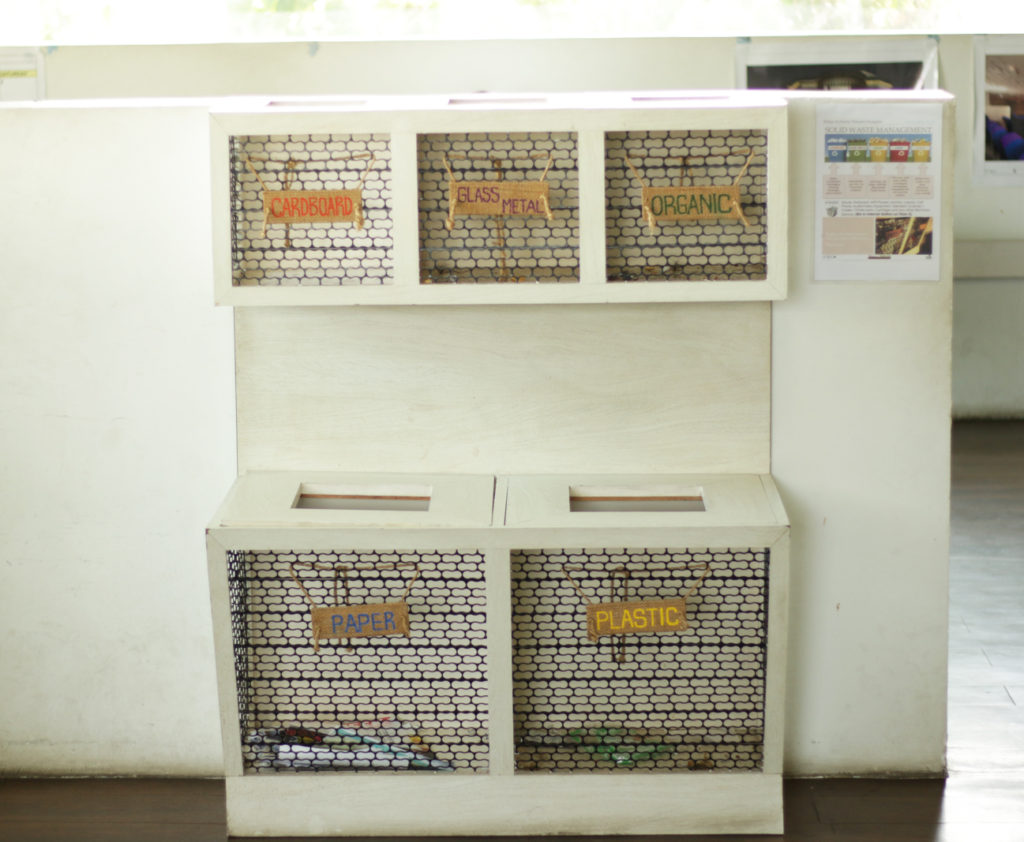 While working on the idea of starting a recycling program, it is also a good idea to gather a critical mass. The more we collect, the better the chances of a waste recycler being interested. Mostly neighborhood associations get better responses as the amount of waste being recycled by them is more. Some Indian cities have mobile apps by startups which help with this very task of disposing off segregated garbage responsibly.

The third best place to start is with a simple kitchen recycling idea – start by composting at home. Just segregating the organic waste and composting with a simple kambha pot or bokashisystem cuts out a lot of waste going out from the house.So pick an idea and try it- small steps will lead to a waste-free future!