The Madras Management Association is a state of the art building located at a prime locality in the city of Chennai.  The building was inaugurated on 15th April 2018, in the presence of the dignitaries from the Madras Management Association such as the President, Ms Kavitha D Chitturi, Building Committee Chairman Mr.Srinivasan K Swamy and many others.

Since the organization is associated with the old ‘MADRAS’, the SHILPA team has brought a traditional “Madras” look to the building.  Madras checks, Madras terrace, exposed khandi bricks, colour glass are few such elements that give it a ‘Madras’ touch.

The zoning has been done such that the traffic and accessibility is controlled within the building. The stilt floor, raised at the entrance, has parking and the services. The first floor consists of the classrooms and lecture hall, which contribute to majority of the occupancy, reducing vertical movements of people.The second floor consists of the office and library. The library which houses an exhaustive collection of Management books, can remain closed when not in use and can be monitored from the office. The third floor is an executive floor with a boardroom, executive director’s cabin and a meeting room. This floor is restricted only for the Management Committee members, Leadership and special guests/invitees. 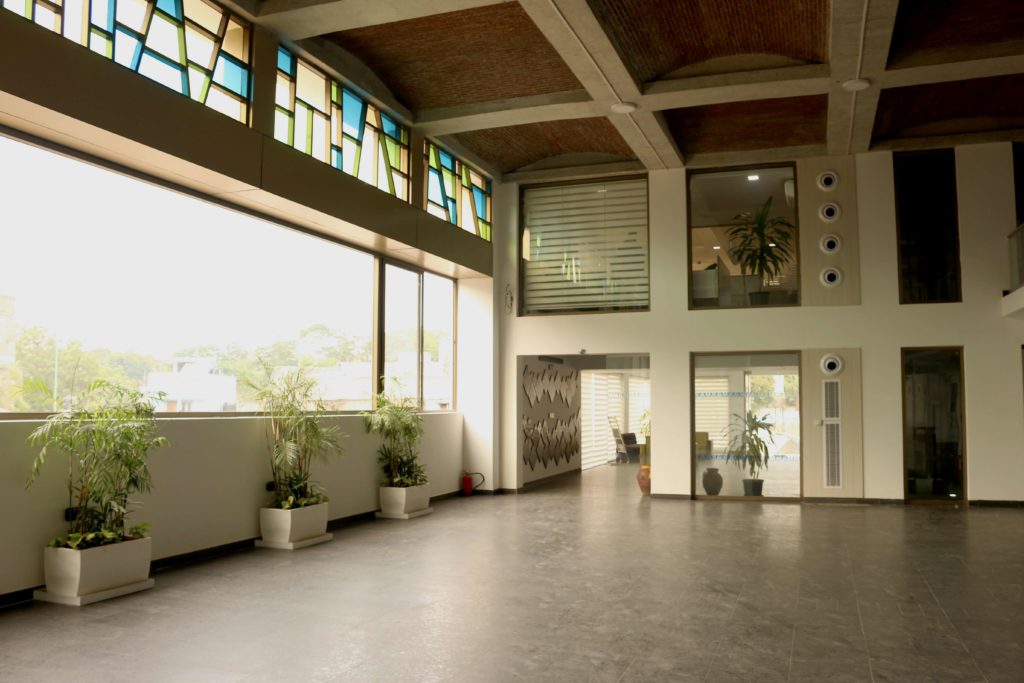 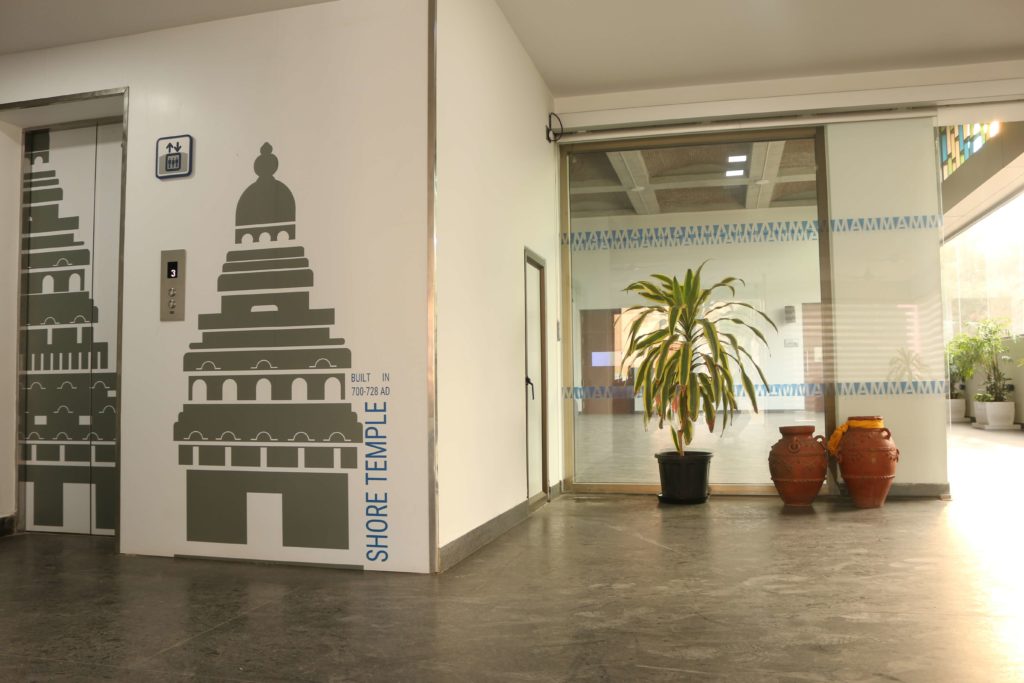