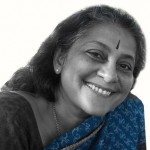 Leibniz University, Hanover, Germany, and University of Valencia, Spain, both recognised European schools of architecture, have chosen Sheila Sri Prakash, a leading architect from Chennai, as the only Indian woman architect to be featured along with seven other women architects from countries such as Germany, Spain, England, Iran, the Netherlands, Switzerland and Ecuador at an exhibition to be held this year to showcase their achievements in maintaining a good balance between their professional and personal lives.

She established her office in 1979, and her firm Shilpa Architects Planners Designers, has emerged as a forerunner in environmental-friendly design and a champion for sociologically sensitive planning.

Graduating from School of Architecture & Planning, Anna University, in 1977, Sheila had to face several obstacles to establish herself in a male-dominated profession. Sheila has won recognition from several professional organisations and the government for her contribution to architecture. She has to her credit two patents — one for designing a monolithic polyethylene chamber to ensure a hygienic and leak-proof alternative to drainage lines. The other patent is for designing a diversion chamber used to switch the sewage from the toilet to an alternative dispersion pit for use in low cost rural sanitation.Sheila has been active in several voluntary organisations.She is a Bharatanatyam and Kuchipudi dancer, and a trained veena artiste. 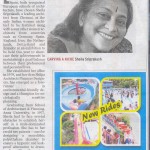